This week was my first undertaking of preparing a vCenter environment for agent-less AV using Trend Micro Deep Security 9.6 SP1 and NSX Manager 6.2.4.  So far, it’s been a great learning experience (to remain positive about it), so I wanted to share.

Initially (about 4 months ago), vShield was deployed, and since day 1, we had problems.  Since I’ve never worked with Trend Micro Deep Security, I relied on the team that managed it to tell me what their requirements were.  Sometimes, this is the quickest way to get things done, but what I realized is that even if it works in one environment, it always helps to validate compatibility across the board.  If I had done that, I would have probably saved myself a lot of headache… 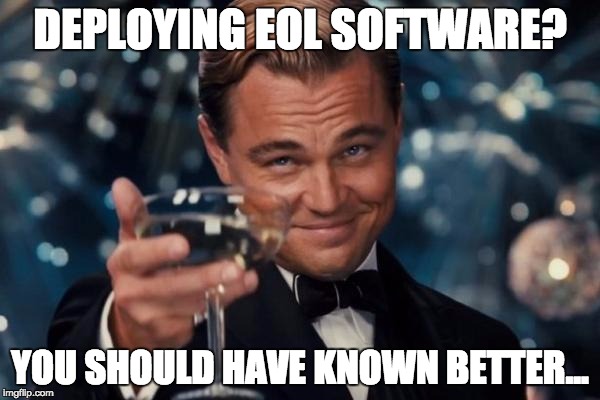 So in anticipation of a “next time”, here are my notes from the installation and configuration.  Hopefully, this information is found useful to others, as some of it isn’t even covered in the Deep Security Installation Guide.

Please not, this is not a how-to.  It’s more of a reference for the things we’ve discovered through this process that may not all be documented in one place.  With that said, here’s my attempt at documenting what I’ve learned in one place.

The process (after trial and error since the installation guide isn’t very detailed) that seems to work best is as follows:

When we first set out to deploy this in our datacenter, it was months ago.  We initially started with vShield Manager, which is what was relayed to us from the team that manages Trend.  We met with issues deploying properly and “things” missing from the vSphere Web Client when documentation said otherwise.  We had support tickets open with both VMware and Trend Micro for at least a few months.  At one point, due to the errors we were getting, Trend and VMware both escalated the issue to their engineering/development teams.  At the end of the day, we (the customers) eventually figured out what was causing the problem… DNS lookups.

The Trend Micro Deep Security installation guide does not cover this as a hard requirement.  Although the product will allow you to input and save IP addresses instead of FQDNs, it just doesn’t work, so use DNS whenever possible!

First of all, I wouldn’t look at vShield anymore unless working in an older environment after this.  In fact, I may just respond with:

If it’s EOL, is no longer supported, AND incompatible; I won’t even try. “Road’s closed pizza boy! Find another way home!”

You don’t gain anything from deploying EOL software.  Very importantly, you don’t get any future security updates when vulnerabilities are discovered and you won’t get any help if you call support about it.

In case you’re reading this and did the same thing I did, here are some things we noticed during this vShield experience:

In the back of my mind since I didn’t do this up-front, I started questioning compatibility. Sure enough, vShield is EOL, and is not compatible with our vCenter and host versions.

With a little more research, I found that NSX with Guest Introspection has replaced vShield for endpoint/GI services, and as long as that’s all you’re using NSX for, the license is free.  With NSX 6.1 and later, there is also no need to “prepare stateless hosts” (see VMware KB: 2120649).

Before simply deploying and configuring, I checked all the compatibility matrixes involved and validated that our versions are supported and compatible.  Be sure to check the resource links below, as there is some important information especially with compatibility:

Here are some tips to ensure a smooth deployment for NSX Manager 6.2.4 and Trend Micro Deep Security 9.6 SP1.